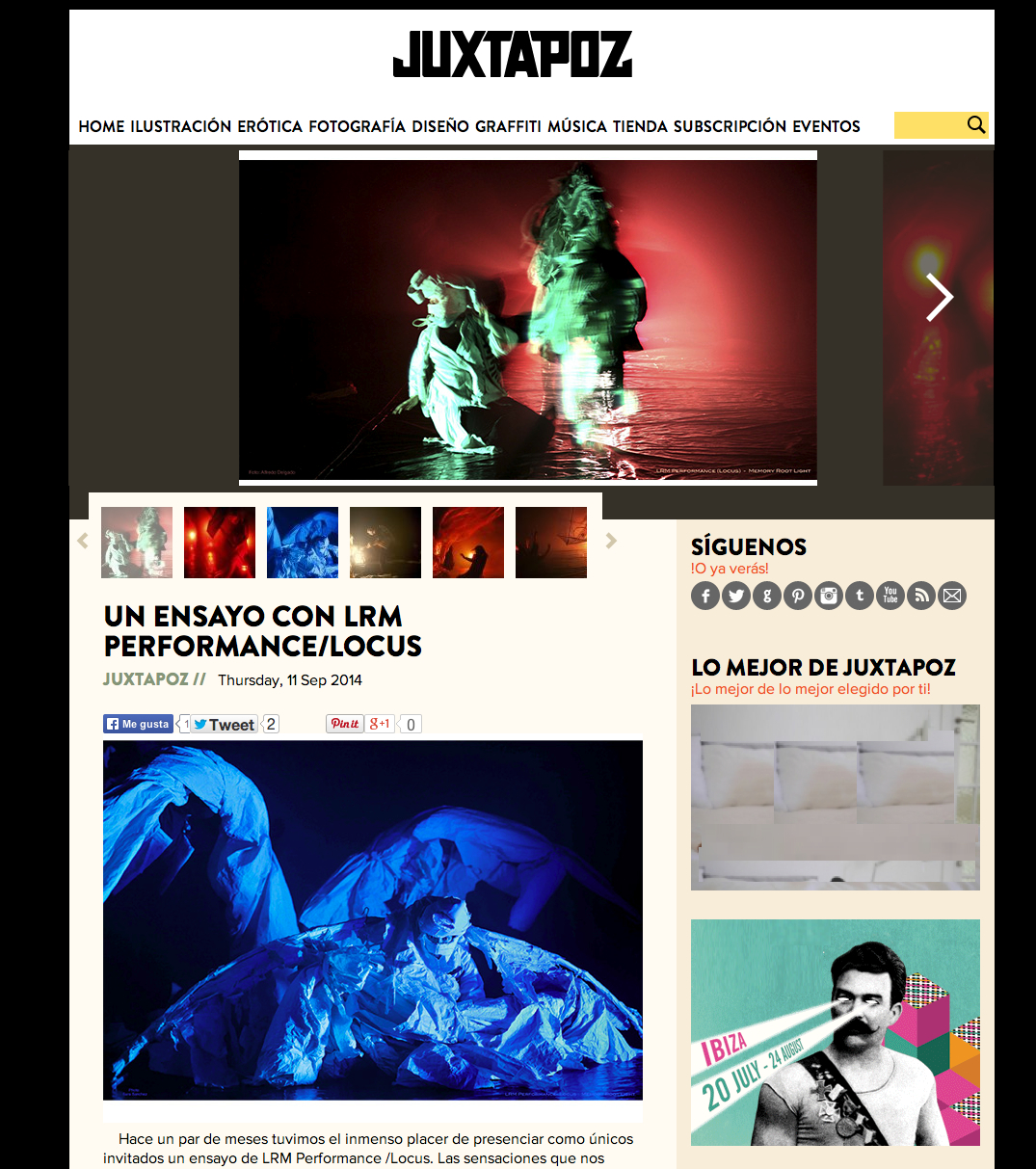 We had the pleasure of meeting Iván Jiménez and Pilar de Andrés from Juxtapoz magazine who kindly attended one of our open rehearsals / open studio presentations of Memory Root Light.
Pilar wrote about it in Juxtapod magazine, you may read it in spanish here, and here is the english translation:

"A couple of months ago we had the great pleasure of witnessing as the only guests a rehearsal of LRM Performance / Locus. The sensations we had with their performance are indescribable.

The thinkers in this artistic group are David Aladro-Vico and Berta Delgado, along with Liao Yun-Hsiu as an excellent performer. Based in Madrid, they present a piece about an hour long, without any story or concept thus allowing each viewer to interpret in their own way and make it theirs.

Personally, a few seconds after it begun my skin prickled, ​​in just a moment they got me out of context, and so I was not in a dark room, I was not even in Madrid, it was like being on another planet, the atmosphere they create is something between post apocalyptic, extraterrestrial, with some hints of ancient Japanese theater.

I must especially mention David's innate talent for creating the sounds that accompany the performance, which make you dive right into a dream-like adventure, and Berta's costume designs creating sometimes giants that walk into the audience and sometimes otherworldly creatures.

I cannot forget the hypnotic light design creating amazing optical illusions so impressive to me.

David and Berta are immersed right now into creating a new even more superb performance if possible. To me personally, the sensations they provoked remained for days; how lucky to be able to witness a performance of so much quality in our country"