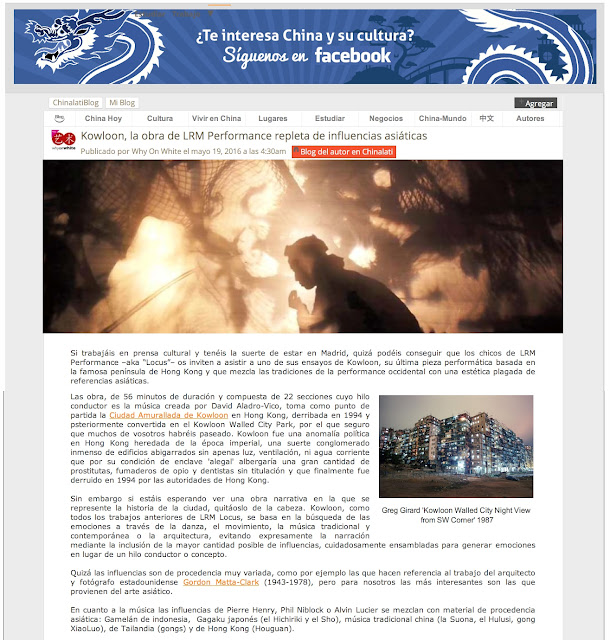 Julio Municio,  specialised in chinese Art from
Why On White writes about "Kowloon" by LRM Locus

"If you happen to work in cultural journalism and you are lucky to be in Madrid, maybe you can get the guys from LRM Performance -aka "Locus" - to invite you to attend one of their open rehearsals of Kowloon, their last performative piece based on the famous Hong Kong peninsula and mixing the traditions of western performance arts with aesthetics  ripe with asian references.

The piece, 56 minutes long and consisting of 22 sections which common thread is the music created by David Aladro-Vico, takes as its starting point the Walled City of Kowloon in Hong Kong, torn down in 1994 and now the Kowloon Walled City Park, which many of you surely have walked into. Kowloon was a political anomaly in Hong Kong, inherited from the imperial era, a sort conglomerate of immense variegated buildings barely lit up, with little ventilation, no running water and because of its 'lawless' locale condition housing a high amount of prostitutes, opium dens and dentists without qualification and was finally demolished in 1994 by Hong Kong authorities.

However if you are expecting to see a narrative piece representing the history of the city, put it out of your mind. Kowloon, like all previous LRM Locus' works, is based on a search of emotions through traditional and contemporary dance, art, movement, music or architecture, expressly avoiding a narrative by including the widest possible set of influences, carefully assembled to generate emotions instead of a thread or concept.

Influences may come from quite varied backgrounds, such as those referring to the work of architect and photographer Gordon Matta-Clark (1943-1978), but for us the most interesting are those from asian Art. 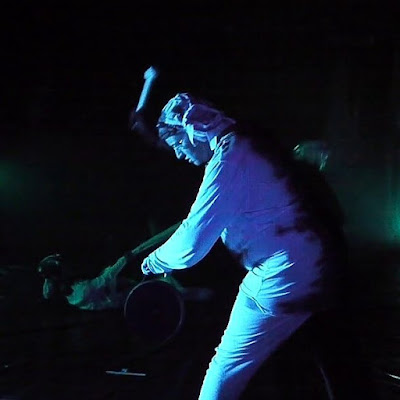 As for the music, influences from Pierre Henry, Phil Niblock or Alvin Lucier are mixed with material of asian origin: Indonesian Gamelan, Japanese Gagaku (the hichiriki and Sho), traditional chinese music (the Suona, the Hulusi, Xiaoluo gong), Thailand (gongs) and Hong Kong (Houguan).

Also, influences from Asian cinema such as the work of Taiwanese Tsai Ming-Liang reflected in the sense of framing, time and movement and the kind of actions of the characters, or references to nature sounds, spirits that appear and disappear and nonlinear narrative in the work of Thai director Apichatpong Weerasethakul. Influences of the work of Wong Kar-Wai are also present through a sense of light and architecture of Hong Kong. And even the Japanese animation film is present through influences from Hayao Miyazaki, Satoshi Kon or Koji Morimoto.

Finally, dance (superbly played by the young Chinese dancer Chen Zhihan) with careful and slow movements, also denotes the influence of the american Trisha Brown, the Japanese group of artists Dumb Type or the Legend Lin Dance Theater of Taiwan.

However all these influences are just for reference because this being a non-conceptual creative process, it is the viewers who must make their own associations and interpretations in a free way.

Definitely a great production work with months of toiling behind it,
well worth enjoying by all of us who are passionate about Asian culture " 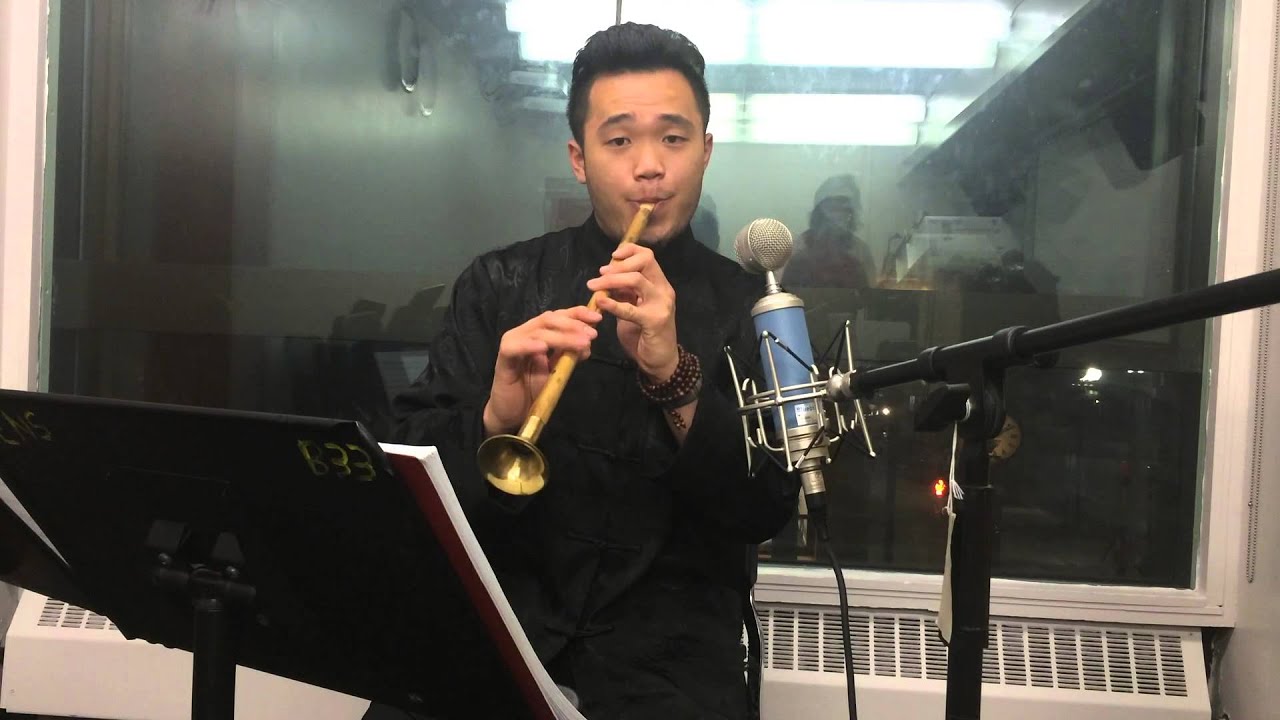